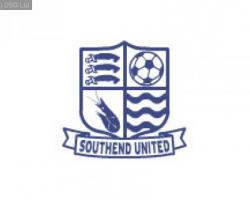 Egan pushing for instant debutLoan signing John Egan is in line to make his debut for Southend at home to Wycombe.The centre-back was on Thursday brought in from Sunderland on a month-long deal to help ease the club's defensive problems.Adam Thompson missed Tuesday's 2-1 defeat at Northampton due to a calf injury, joining Luke Prosser on the sidelines as he struggles with a similar complaint

The pair are unlikely to return in time to face Wanderers.Fellow defender Julian Bennett is a long-term absentee with his knee problem, while loanees Cian Bolger and Luke O'Neill were recently forced to return to respective parent clubs Bolton and Burnley due to injury

However, midfielder Conor Clifford does make his comeback having completed a four-match ban.Wycombe have no fresh injury worries as they look to end a successful week on a high.The Chairboys looked in real trouble until 1-0 wins over leaders Chesterfield and then off-form Exeter lifted them five points clear of the Sky Bet League Two relegation zone.Manager Gareth Ainsworth was full of praise for his new-look back four in the absence of the experienced Gary Doherty, sidelined after dislocating his elbow, and they are set to line up again at Roots Hall.If Ainsworth decides to freshen things up then he could turn to the likes of top scorer Dean Morgan and Jo Kuffour